He acts like he doesn't care, but he does. Read an #excerpt from ACCIDENTAL ROMANCE #romance #friendstolovers #NewAdult

Hello! I hope you have been enjoying my December excerpts. Today's is from ACCIDENTAL ROMANCE, a story that is set on a small dairy farm and occurs over the fall and winter seasons. In the story, the heroine is in a serious accident, and it changes her perspective on everything. Happy reading!


Leanne ducked, trying to avoid the apple flying toward her. With its speed, it stirred her hair, but she avoided contact. Instead, the fruit smashed against the wall then fell to the floor, a mess of brown pulp and skin. She stood and glared at the source of the flying object. “Jake, you’re such an ass.”

He grinned at her from across the milking parlor, tossing into the air another rotten apple he must have grabbed when he put the cows out to pasture. “You’d better be nice to me, LA, if you want me to do your chores tonight.”

With a huff, she rolled her eyes. “Whatever. I wasn’t the one who threw fruit at your head.” She cursed him several times a day for such pranks. Often he’d tossed her in the manure pile or turned the pressure hoses on her. He lived with his family down the road, and if their parents weren’t such good friends, she would have told her father to fire Jake years ago.

“What do you have planned for tonight anyway?” He sauntered toward her, gripping the other apple so hard, she expected pulp to squeeze between his fingers. “Going out with your boyfriend?”

She cringed, hating how he mocked her with the word. “Jealous, much?”

Taking a step back, he scowled. “You wish. Why should I care who you date? You’re a grown woman.”

“I’m glad you noticed.” She reached down for a piece of straw and poked him in the chest with it. “So, why is it such a problem?”

He shrugged his shoulders, his expression suddenly indifferent. “I think you can do better.”

He leaned closer, his face only an inch from hers. His musky scent overpowered the sweet stench of the barn and filled her senses. If he hadn’t been a constant pain in her ass, she might have thought he was going to kiss her.

Should have known. She chuckled and tapped his cheek a couple times with her palm. “I can honestly say you have never been in any of my dreams. Not even my nightmares. And if you must know, I’m going out with my friends from college.” She spun around and called over her shoulder. “Tomorrow I’ll be with Scott.” She headed out of the barn. A field of wheat waited for her, and she had to harvest it before she went out. 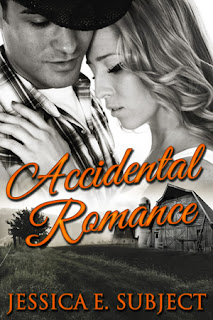 
Her plans changed in an instant...

Once finished college, Leanne intended to take over her family dairy farm, let her father retire and finally take a vacation. After one tragic night, her dreams go up in smoke. She loses the ability to do the most basic of things.

And brought him closer...

Jake, the farm hand who lives down the road, refuses to let Leanne give up on her goals. He remains by her side throughout her healing. But, when he confesses his true intentions, their friendship takes a drastic turn.

If only she’d known before she lost her arm.