Hello and welcome to another Weekend Writing Warriors post!
Thank you to everyone who visited my blog last weekend! This weekend, I'm sharing an excerpt from MEMORIES OF US. It is an MPreg MM Shifter Romance that is part of my Shifter Towers series. But, it is now available as part of a limited-time MPreg Anthology called SPECIAL DELIVERY: SUMMER.
Set-up: Last weekend, Envi was getting ready to start his first summer vacation in a while. He's heading to Riekahae National Wetland Park, to his uncle's cottage where he spent his summers as a teenager.
This weekend, I'm skipping several sentences to where Envi is at home dealing with memories about his vacation destination that have come back to haunt him. Enjoy!

I unlocked the door with my key fob, then went inside, finding the place as uninviting as ever. No designer or amount of money could ever make it feel like home to me. Home meant people, and my place definitely lacked that. Though I’d never met anyone I wanted to make a home with. Not since…. Well, I couldn’t let my mind go there. That person was in the past, and I wasn’t about to run into him anytime soon. We’d gone our separate ways and moved on long ago.
I slipped off my shoes, set my bag on the hook and my keys in the dish before heading to the kitchen for a glass of wine. I needed to forget him.
**That's ten, and here are a few more...**
I had, though. Long ago. Took all those memories of our time together and locked them away in the back of my mind. When I’d learned of my uncle’s passing, and my inheritance, those memories broke the lock and made themselves known once again. We’d first met when I’d been staying at the cottage the summer before I turned thirteen. And spent several summers as friends, and the last two as boyfriends.
My chest grew tight, and my throat felt as if it were about to close. Shit, I was desperate for that glass of wine now. Maybe a few. No. I still required the ability to drive in the morning. But I needed to forget right now. 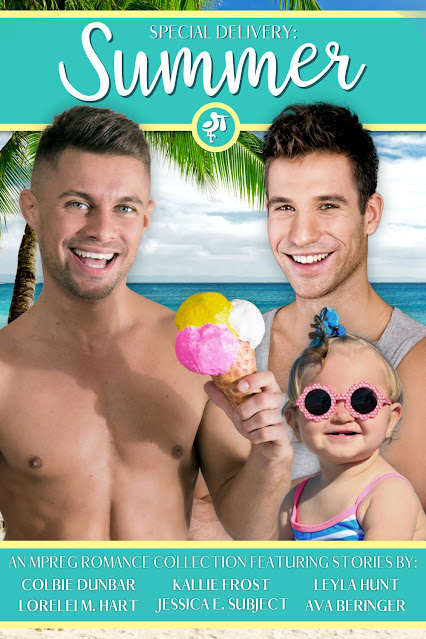 MEMORIES OF US
Shifter Towers book six
Part of SPECIAL DELIVERY: SUMMER
Envi gave up on the idea of claiming a mate long ago. Once upon a time he'd believed he'd found his perfect other half, but their dreams took them in different directions. Now, Envi dedicates his life to making music.
When his uncle passes away, and he is willed the man's cottage, Envi must return to the wetland park where he vacationed for much of his teenage years. The place where he crushed on the same omega for several summers before he became Envi's first love. But there's no way the omega he'd loved and lost still lives there. Or, maybe he does....
Memories of Us features an alpha jaguar shifter who never got over his first love, and a pregnant omega dragonfly shifter with no money and no one to turn to. It is the sixth book in the MPreg MM Shifter Popstar Romance series by USA Today Bestselling Author Jessica E. Subject, and contains her sweetest happily ever after yet.
AMAZON