Bejewelled in the shape of a diamond. Read a snippet from HIS OMEGA ON STAGE #8Sunday #romance #MLM #PNR #MPreg #omegaverse

Hello and welcome to another Weekend Writing Warriors post!
Thank you to all those who visited last weekend! I'm now sharing snippets from the fourth book in my Shifter Towers series, HIS OMEGA ON STAGE. Like all the other books in this series, it is an MM paranormal romance. This story is finished, but I'm waiting to hear what happens next with it.
Set-up: In last weekend's snippet, Jun was tasked with helping reps from Adan Records to set up for AI's signing the next day. I'm skipping ahead a bit to introduce another character. They may not seem important at first, but they are very important to this story. Kathie has left to be with her father, Felix arrived to work the store, and Jun helps to set up. That is, until Felix needs him back at the store.

I had just put the last barrier in place for the fan lineup when my phone vibrated in my pocket. I pulled it out to find a text from Felix.
Suspicious customer. Busy with others. Can you come deal?
Be right there, I replied.
I quickly excused myself from the room then rushed back to KMM. Felix was ringing through customers, but I could see him side-eying the person he’d texted me about. And for good reason. The figure, browsing through the pop CDs, wore baggy black jogging pants and a hoodie, with a black bucket hat and black face mask bejewelled with silver beads in the shape of a diamond.
**That's ten, but I've included a little more so you can get a better sense of this customer.**

Obviously trying to keep their identity a secret, but that just made them even more suspicious in a record store. Though we had security stickers on most products, there were still too many items that could be easily pocketed.
I caught a whiff of their scent. Vanilla and brown sugar. An omega, which I hadn’t expected when I’d first seen him. Though I couldn’t tell what kind of shifter. “Can I help you with something?”
I don’t think he heard me approach, as he jumped a little before turning my direction. “I uh, yeah.... I’m looking for AI. His new album. For my sister.”
His deep voice caught me by surprise, too, but I didn’t believe his story at all. Why did he have to hide, in multiple ways, that he was a fan?
I sneaked a glimpse of his eyes under the rim of his hat. They appeared strangely familiar, as if I should know who the person was, but couldn’t seem to remember. Someone I’d seen in person before maybe? Why couldn’t I remember?

HIS OMEGA ON STAGE
Shifter Towers book four
Jun
For leopard cat shifter, Jun, being the rogue alpha in high school hadn’t helped him as an adult. Though he sometimes believed he was ready to find a mate, past experiences taught him that those he loves eventually leave him. So, he protects his heart by seeing omegas looking for nothing more than a one-night stand. Until he runs into someone from his past.
Ash
As the first omega signed to Adan Records, AI is anxious for the release of his debut album. Being a leopard cat shifter instead of an actual leopard like the rest of his family has always made him feel small and insignificant. But now he’s about to shine bright in front of the world, all on his own, without an alpha by his side. He doesn’t need one, and definitely doesn’t have time for one. Though when he runs into someone from his past who knows him as Ash, he wants to give this alpha all of his attention.
On Stage
But with all the problems that fame brings, will Ash be able to make a relationship work? Will Jun fight for the omega he’s sure is his fated mate? Or will they just let each other slip away, believing what they have just isn’t enough?.
COMING SOON! 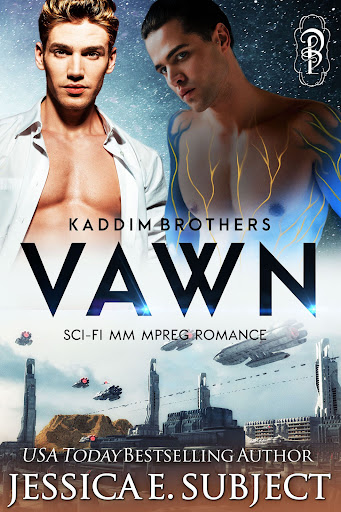