Was everything he said a lie? Read a snippet from ACCIDENTAL ROMANCE #WeWriWa #8Sunday #romance #FREEread #friendstolovers

Thank you to all those who visited me last weekend with a snippet from CELESTIAL SEDUCTION! This weekend's Winter Scene snippet is from my only published title that takes place on a farm. ACCIDENTAL ROMANCE IS a friends to lovers new adult romance, and is FREE December 12-16, 2019!

Set-up: Leanne was involved in a farm accident where she lost one of her hands. the farmhand, Jake, has been helping at the farm alongside her, since before the accident, and he has a huge crush on her. This snippet happens the day after they confessed their feelings for each other, and made love. Leanne wakes up to find out Jake supposedly quit.

She spun around, running through the barn and out into the pasture. Her footsteps were heavy against the frosty ground, but she kept going until she reached the large maple tree at the edge of the fenced area.

Her tears flowed, freezing against her cheeks as she slid down the trunk. She pulled her knees to her chest and buried her head in her lap. Was everything Jake had said a lie? She’d given herself to him completely, and never truly received his love back? But why; why would he do such a thing? What had he gained?

She shivered with cold, but there was no way she’d return to the barn, ever. Everything there would remind her of Jake. 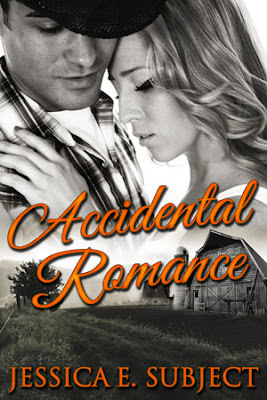 Her plans changed in an instant…

Once finished college, Leanne intended to take over her family dairy farm, let her father retire and finally take a vacation. After one tragic night, her dreams go up in smoke. She loses the ability to do the most basic of things.

And brought him closer…

Jake, the farm hand who lives down the road, refuses to let Leanne give up on her goals. He remains by her side throughout her healing. But, when he confesses his true intentions, their friendship takes a drastic turn.

If only she’d known before she lost her arm.