It started with a kiss. Then the zombies came. IT TOOK A ZOMBIE APOCALYPSE FREE Dec. 22-26! #FREEread #romance 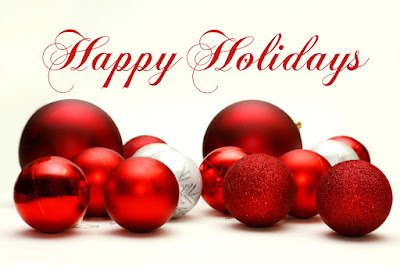 Hello everyone! As part of an end of the year celebration, I'm going to be offering four of my book titles for FREE at Amazon. Each title will be FREE for five days at a time. The third one starts today. From December 22-26, 2019, you can get IT TOOK A ZOMBIE APOCALYPSE, a New Adult Apocalyptic Romance, for FREE! Here's more about the story... 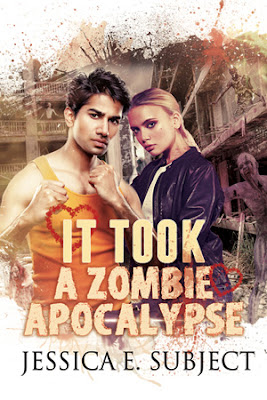 IT TOOK A ZOMBIE APOCALYPSE
By Jessica E. Subject


Home for the summer, RJ heads to the annual fun hair to see if his hot neighbor has also returned from university. When he spots her at the kissing booth, he can’t believe his luck. But even though she never spewed racial slurs at him like the rest of the community, will she grant him a kiss?

Missy is tired of the blatant prejudice she’s seen all her life. If not for her brother’s plea for help, she never would have returned to the small town of Ostrander. When the guy she’s had a crush on since grade school asks for a kiss, she knows it will piss of her parents and leave the entire town talking.

After one kiss, RJ wants another, but a sudden zombie outbreak puts him and Missy on the run. To stay alive, they must learn who they can trust. And even if they can trust each other.


Get IT TOOK A ZOMBIE APOCALYPSE for FREE from:
Amazon US | Universal Buy Link


RJ pressed on the text and read….

Zombies? He dropped his phone and stared at it on the floor, expecting it to explode. Zombies didn’t exist. He was in some kind of dream. Had to be. Missy actually had come home for the summer. And kissed him. Now, zombies.

“What is it?” Missy bent down to pick up his cell then handed it back to him. “What happened back at the park?”

“Zombies.” The word came out before he had a chance to stop it. He didn’t know whether to laugh or grab Missy again and run.

A crooked smile formed dimples in her cheeks. “You’re joking, right? Trying to help me laugh off what happened.”

“I wish.” He showed her the message from his father. “My dad doesn’t have a sense of humor.”

The phone beeped, and she pushed his hand away. “I think it needs to be charged. We should call him just to be sure. Or contact somebody. Maybe he meant something else. You know how stupid autocorrect can be.”

RJ rushed to the kitchen, found his charger, and plugged in the cell. But, by then, he’d lost signal. Reception was spotty in West Vitula, but he couldn’t get anything. He peeked through the doorway, out to the living room. “Missy, can you get a signal?”

After digging into her purse, she pulled out her phone with a pink, sparkly case. Not at all what he expected from her. Had he missed that girly side, or had someone given it to her, and she didn’t want to hurt their feelings? That he could understand.

She held the cell up and moved around the room. “I got nothing. What’s going on?”

“I don’t know. Maybe we should try outside?” Though he doubted it would make a difference.

Missy stepped over to window and shoved the curtains aside. “Um, there are people coming. And they don’t…look right.”

RJ glanced outside. Neighbors walked down the middle of the street, their bodies twitching. And no one stopped to talk to one another. They just kept marching along to some unknown destination. As they came closer, he noticed their tattered clothing, their disheveled hair, and limbs connected at odd angles to the rest of their body, as if they’d been trampled. And now they were up and walking.

AND BE SURE TO ENTER MY HOLIDAY CONTEST!

a Rafflecopter giveaway
Posted by Jessica E. Subject at 8:00 AM