TK explains why he invited Kish to lunch. #WeWriWa snippet from BUNNY OMEGA ON THE RUN #MPreg #MMromance #PNR

Thank you to all of you who visited my post last weekend! I'm continuing with more BUNNY OMEGA ON THE RUN, an MPreg MM Shifter Pop Star Romance. This story is now available in digital and print at Amazon. And I'm hosting a release contest. This is the last weekend to enter. Find that at the bottom of this post.

Set-up: Last weekend, TK invited Kish to lunch, and Kish wasn't sure what to think about that.

I'm skipping several pages to when they are actually having lunch. Kish still can't figure out why TK invited him to lunch, has already told him he can't afford the food at the fancy restaurant he brought him to, and asks if TK sees him as some sort of charity work. (Creatively edited from published version to fit the ten sentence limit)

TK leaned back in his chair and crossed his arms. “If I saw you as charity, I would fill your cupboards at home, do a clothing drive to get you some new clothes. I wouldn’t invite you out to lunch.”

I glanced down at my tattered jeans and black hoodie; not at all fashionable, not even close to comparable to TK’s fashion sense. “I still don’t get it.”

TK laughed and reached across the table, touching my folded hands. “I told you before, I think you’re cute. And it’s refreshing to meet someone who doesn’t automatically swoon over me or want to talk business. I want us to be friends, if that’s okay with you. Maybe—”

Author note: And this is where they're interrupted by the waiter. 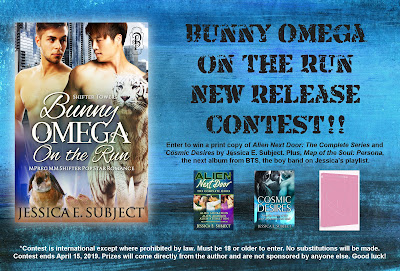