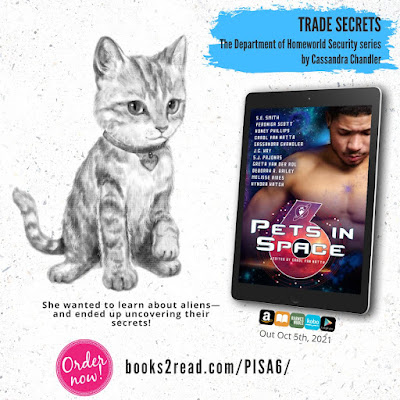 The Department of Homeworld Security series

Gwen Williams wants nothing more than to explore the vast possibilities of outer space, but Earth’s technology isn’t going to get her there. Her solution? Make contact with aliens. The only problem is, her plan works a little too well—landing her on the radar of a group of aliens with plans of their own that involve her homeworld.

Xan was just trying to help his Vegan friends avoid getting into trouble for messing with human things they should have left alone. He didn’t expect to run up against Gwen, a brilliant, beautiful Earthling who stirs a depth of emotion in him that he didn’t know he possessed—and who also has evidence of his friends’ transgression. Adding in the fact that the super-smart “space cat” who’s adopted him has plans to bring Gwen into their little family and this Coalition pilot has some tricky space to navigate.

As if that wasn’t complicated enough, the trio discovers a plot on Xan’s ship that could compromise the security of all of their people—and the newly forged bonds between the sentients working toward peace in the galaxy. Will they be able to work together to secure a more peaceful future, or will their secrets drive them apart?

This story is available as part of Pets in Space 6 ANTHOLOGY! 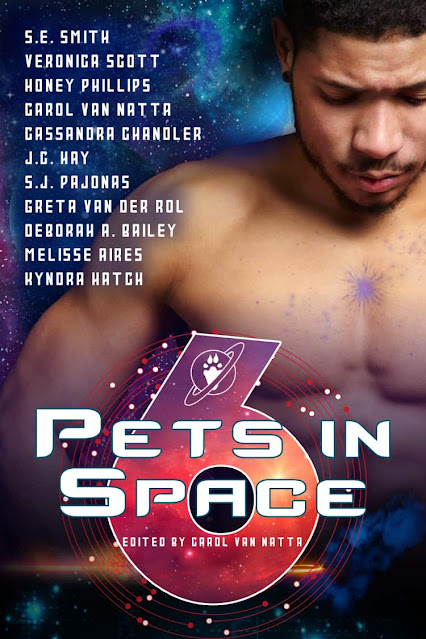 Pets in Space® is back for a new year of adventures!
Join the incredible authors in this year's Pets in Space 6 for another out-of-this-world adventure. This award-winning, USA TODAY Bestselling anthology is packed full of your favorite Pets in Space®. Featuring 11 original, never-before-released stories from some of today's bestselling Science Fiction Romance and Fantasy authors, Pets in Space 6 continues their vital support of Hero-Dogs.org, the non-profit charity that improves quality of life for veterans of the U.S. military and first-responders with disabilities. Don't miss out on this limited-edition anthology before it’s too late!
Includes stories from: S.E. Smith, Veronica Scott, Honey Phillips, Carol Van Natta, Cassandra Chandler, JC Hay, S.J. Pajonas, Greta van der Rol, Deborah A. Bailey, Melisse Aires, Kyndra Hatch
AVAILABLE FROM:
Amazon | Apple | Barnes & Noble
Google Play | Kobo | Books2Read
OUR CHARITY: HERO-DOGS.ORG
Proud supporters of Hero-Dogs.org, Pets in Space® authors have donated over $15,300 in the past five years to help place specially trained dogs with veterans and first responders. 10% of all pre-orders and the first month’s royalties of Pets in Space 6 will again go to Hero-Dogs.org. Open your hearts and grab your limited release copy of Pets in Space 6 today so together we can continue helping this worthy charity! https://www.hero-dogs.org/ 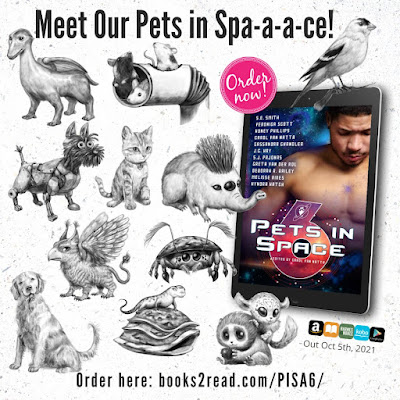